It was a hot day in Brisbane, Australia, circa 2008. The screened windows were all open to catch a cross breeze from the street out front, to the river-fed creek at the back.

We lived in a beautiful home built by my husband’s parents in the 60’s. It had wood floors with an unfinished basement underneath part of it. With central heating and cooling systems not being a thing in Australia, due to the warmer climate year round, energy efficiency measures as well as it just costing so much money for electricity, open windows in summer and space heaters for bedrooms in winter were the norm.

This spoiled girl who likes her creature comforts, for sure complained a lot about those features, much to my embarrassment now looking back.

On this particular day, I was cleaning house and being all domestic.

I paused in my tasks to use the restroom (“toilet” in Australian speak). When I was done with my business, I faced the older style toilet (it had the tank up on the wall at about shoulder height), reached up to push the button on top to flush it, and my eyes landed on the most spine-tingling sight!

A HUGE, brown spider, the size of my HAND was partially peaking out from behind the tank, just clinging to the wall. I screamed and jumped back, shuddering and making a huge scene.

When I regained my composure enough and dared to look at it again, it was still sitting there, not moving. I looked all around trying to figure out how that huge ugly thing could’ve gotten in. The only thing I could figure was it’d climbed up from the basement through a round hole in the wood floor, about the size of a quarter,

“Nope, not going to flush the toilet. I’m NOT putting my hand anywhere near that thing!”

I waited a few hours and came back to check.

Now my anxiety skyrocketed wondering where on earth it could’ve disappeared to.

“It better not have gone anywhere else in the upstairs!”

I didn’t care how great of bug killers or non-venomous these spiders were, I didn’t like them in my house.

I never did see that spider again…

Oh, by the way, that spider is called a Huntsman. Also know as Giant Crab Spider. They look like Tarantulas, but a lot thinner, less hairy, and the legs are longer. Some species can get up to 12 inches in leg span. But the average species only grows to around 5 inches.

Another time, I tried to remove one from the house like I was used to doing with wolf spiders in Missouri… Quickly place a drinking glass over it, slip a piece of paper underneath the glass covering up the mouth of the cup. Then bring the whole thing, paper and all outside and shake it out. Well, I tried that, but the spider’s legs were so long, I chopped off the tips of a few when I slammed the glass down on top. Clearly the mouth wasn’t wide enough. Oops!

FYI, my spine was absolutely tingling, and I was shuddering looking up images on Google of Huntsman spiders. I think I just traumatized myself. You’re welcome.

3 thoughts on “Adventures in Australia, Part 2: The Huntsman…Spider” 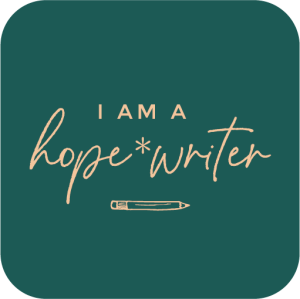